March, Rally and Direct Action Against Military Recruiters at UCSC

Military Recruiters have been blocked from recruiting for three years at UCSC, and have been absent for over a year now, but it looks like they're going to try and come back. The upcoming career fair has FBI, CHP, Santa Cruz Justice Department, U.S. Army, U.S. Marine Corp, and the Army health department, along with a lot of other heinous corporations and institutions. 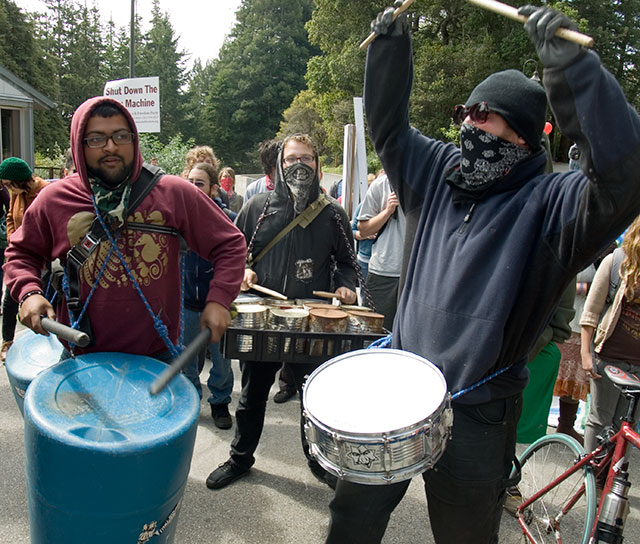 On April 22nd, recruiters returned to UCSC. Trash was there to help with the UnWelcoming Committee. The police presence was light, and though security within the job fair was tight, the marchers paraded and demonstrated relatively unimpeded.